Why We Care About EMF

Today, a growing group of scientists worldwide have published evidence that electromagnetic fields (EMF) result in biological harm to the human body. This might be a brand new topic for you or you might be well versed in it. Either way, our goal is to share our unique access to the scientific community to support you in making the best possible choices for how you and your family interact with your wireless technology.

Demand for wireless technology is huge. In a survey that we commissioned, 93% of respondents own a smartphone and 91% of respondents use WIFI regularly. And you know that, in 2015, 47% of US households had WIFI only?

We can say without hesitation that the use of wireless technology is almost universal today.

The research below summarizes the health effects of exposure to radio frequency radiation (RFR), a form of electromagnetic radiation. Radio frequency radiation or wireless radiation is emitted by all wireless devices including cell phones, WiFi networks and other wireless technology. The bulk of the research that has been done on the health effects of EMF discusses the risk of glioma (a malignant brain tumor) from exposure to cell phone radiation.

Considering our reliance on wireless technology, it is very important that we educate ourselves on wireless health effects, especially for children. Did you know that brain cancer has replaced leukemia as the leading cause of cancer deaths among children aged 1 to 19 years in 2016, according to the Centers for Disease Control and Prevention (CDC)?

Thousands of studies in the last four decades have found that EMF exposure can create negative health effects in almost all of the systems of the body:

The stakes are very high. Exposure to electromagnetic fields (both extremely low-frequency ELF-EMF from power frequency sources like power lines and appliances; and radiofrequency radiation or RFR) has been linked to a variety of adverse health outcomes that may have significant public health consequences. The most serious health endpoints that have been reported to be associated with extremely low frequency (ELF) and/or radiofrequency radiation (RFR) include childhood and adult leukemia, childhood and adult brain tumors, and increased risk of the neurodegenerative diseases, Alzheimer’s and amyotrophic lateral sclerosis (ALS). In addition, there are reports of increased risk of breast cancer in both men and women, genotoxic effects (DNA damage, chromatin condensation, micronucleation, impaired repair of DNA damage in human stem cells), pathological leakage of the blood–brain barrier, altered immune function including increased allergic and inflammatory responses, miscarriage and some cardiovascular effects. Insomnia (sleep disruption) is reported in studies of people living in very low-intensity RF environments with WI-FI and cell tower-level exposures. Short-term effects on cognition, memory and learning, behavior, reaction time, attention and concentration, and altered brainwave activity (altered EEG) are also reported in the scientific literature. Biophysical mechanisms that may account for such effects can be found in various articles and reviews (Sage, 2012). (Bioinitiative Summary for the Public 2014)

Want to learn more? Here are some key studies to consider along with a brief description of their findings.

The Bioinitiative Report. The most comprehensive review available to date, this 1479 page report authored by an international panel of scientists and physicians and edited by Cindy Sage and David O. Carpenter analyzes 1800 studies published between 2007-2012. It is an update to the first report published in 2007. Download the report for free at www.bioinitiative.org.

Bioinitiative Summary for the Public (2014 Supplement)

A petition signed by 224 scientists from 41 nations who have published peer-reviewed research on biological or health effects of non-ionizing radiation, including ELF and RFR. The petition is an appeal to the United Nations (UN) to encourage the World Health Organization (WHO) to create protective EMF guidelines, encouraging precautionary measures, and educating the public about health risks, particularly risk to children and fetal development.

In 2011, the World Health Organization International Agency for Research on Cancer (WHO IARC) classified radio frequency radiation (RFR) as a Possible Human Carcinogen Class 2B, based on an increased risk for glioma, a malignant brain cancer associated with mobile phone use.

IARC Classifies RFR as Group 2B

IARC Classifies ELF EMF as a Possible Human Carcinogen
In 2001, the World Health Organization International Agency for Research on Cancer (WHO IARC) classified extremely low frequency electromagnetic fields (ELF) as a Possible Human Carcinogen Class 2B, based on the consistent association between childhood leukemia and residential exposure to ELF electromagnetic fields.

National Toxicology Program (NTP) 2016
Partial findings of this US government study were released early due to the implications for public health since cell phone use is almost universal. Exposure to cell phone radiation (RFR) resulted in cancer in rats. After 24 months, 1 in 12 of 540 male rats exposed to cell phone radiation developed cancer or precancerous cells vs. 0 of 90 unexposed male rats. DNA damage was observed after only 28 days in male and female rats and mice.

Evaluation of Mobile Phone and Cordless Phone Use and Glioma Risk Using the Bradford Hill Viewpoints from 1965 on Association or Causation, Carlberg and Hardell 2017
A meta-analysis of case-control studies showed a 1.90 odds ratio (a 90% increased risk) of glioma in the temporal lobe of the brain. The risk increases over time. At 20+ years of exposure , there is a 201% increased risk of glioma. Cumulative use of mobile phones and cordless phones increases risk. Using the Bradford Hill viewpoints on association, the authors conclude that RF radiation from these devices should be regarded as a human carcinogen causing glioma (malignant brain cancer).

Mobile phone use and brain tumours in the CERENAT case-control study. Coureau et al 2014.
A 289% increased risk of glioma with 896+ hours of cell phone use.

Brain tumor risk in relation to mobile telephone use

: results of the INTERPHONE international case–control study. 2010.
A 40% increased risk of glioma with “heavy lifetime use” (1640+ hours) of cell phone use.

Cell Phones and Health – California Department of Public Health
In March 2017, after 7 years and a lawsuit, the CA Department of Public Health released a cell phone radiation fact sheet summarizing research on cell phone radiation health risks and offering safety guidelines for mobile phone use. The judge has since ruled that the CDPH must remove the words “Draft and Not for Public Release” from the document, stating it is not a “preliminary draft” as it has existed since 2010.

Autism and EMF? Plausibility of a pathophysiological link – Part I. Martha R. Herbert and Cindy Sage, 2013.
This paper documents a series of parallels between the pathophysiological and genotoxic impacts of EMF/RFR and the pathophysiological underpinnings of autism spectrum conditions (ASCs). DNA damage, immune and blood–brain barrier disruption, cellular and oxidative stress, calcium channel, disturbed circadian rhythms, hormone disregulation, and degraded cognition, sleep, autonomic regulation and brainwave activity all have commonalities between ASCs and EMF/RFR, and the disruption of fertility and reproduction associated withEMF/RFR may also be related to the increasing incidence of ASCs. All of this argues for reduction of exposures now, and better coordinated research in these areas.

Autism and EMF? Plausibility of a pathophysiological link – Part II. Martha R. Herbert and Cindy Sage, 2013.
All relevant environmental conditions should be given weight in defining and implementing prudent, precautionary actions to protect public health, including EMF and RFR. Evidence is sufficient to add EMF/RFR prominently to the list of exposures that can degrade the human genome, and impair normal development, health and quality of our physiology. With the rising numbers people with autism spectrum conditions (ASCs) and other childhood health and developmental disorders, we cannot afford to ignore this component of risk to our children and vulnerable populations. When the risk factors are largely avoidable or preventable, ignoring clear evidence of large scale health risks to global populations poses unnecessary and unacceptable risks. 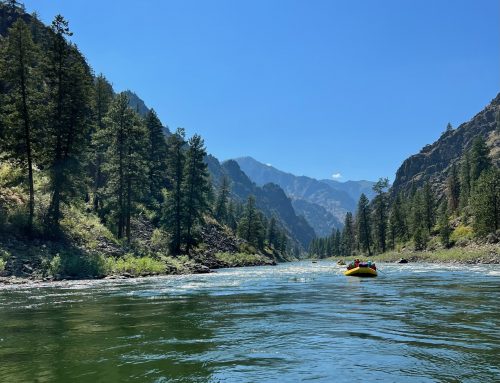 6 Reasons Why We Love Being Screen-Free on the River 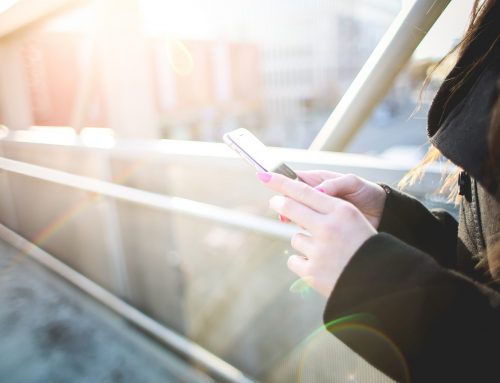 What is EMF?
Page load link
Go to Top